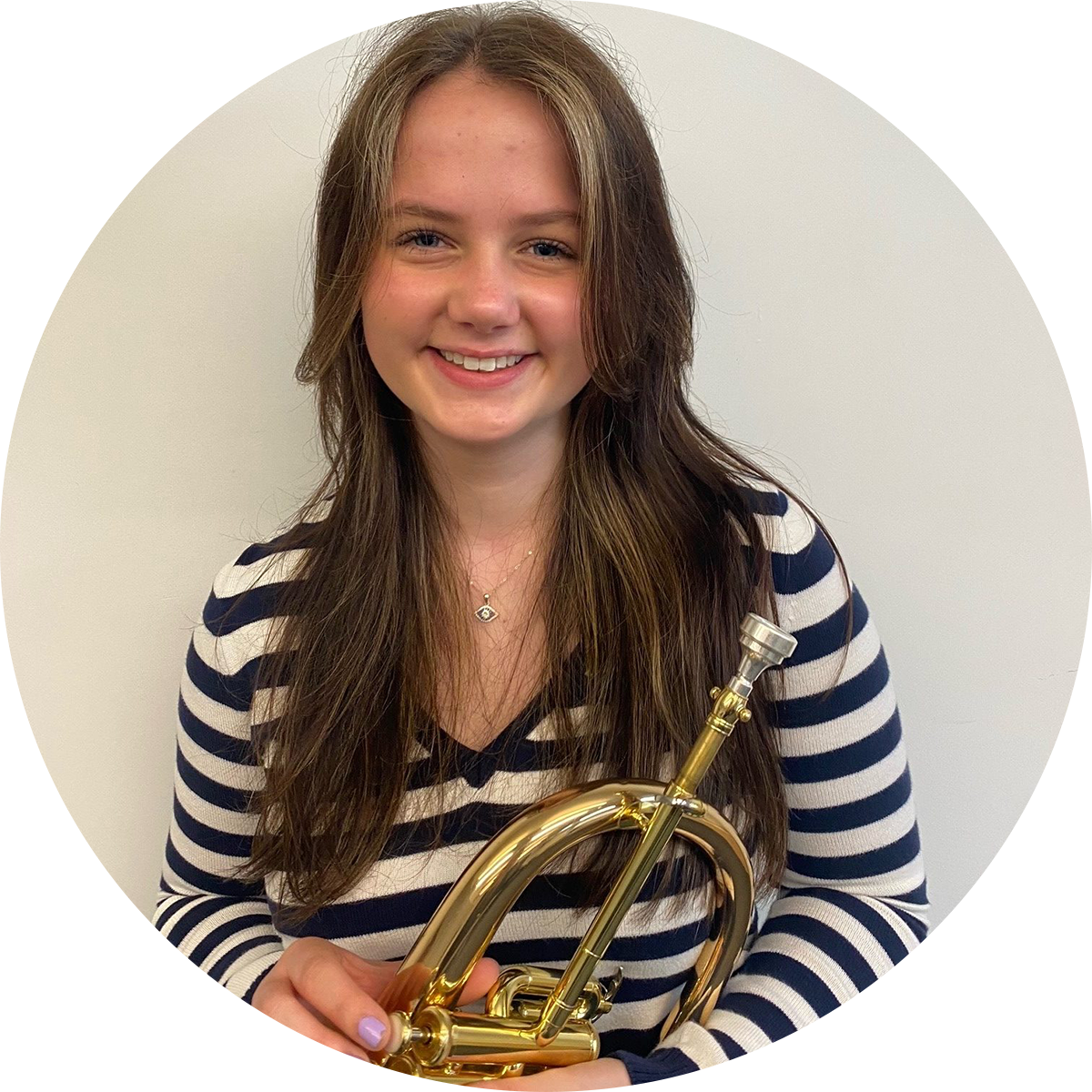 Phoebe hails from Bradford and began playing the cornet at age eight moving onto flugelhorn when she was ten. In 2017, she was lucky enough to gain a place studying trumpet at Chetham’s School of Music in Manchester under Tracey Redfern and Murray Grieg.

Phoebe has played in BD1 Brass for 8 years and during this time has competed in over 20 competitions winning many soloist prizes. She has held the position of Principal Flugelhorn of the National Youth Brass Band of Great Britain since 2020. After her GCSE’s and A levels, she hopes to join one of the leading conservatoires to further her studies in music performance.

The team at Mercer & Barker will be working with Phoebe over the coming months to develop a Flugelhorn mouthpiece to add to our portfolio.