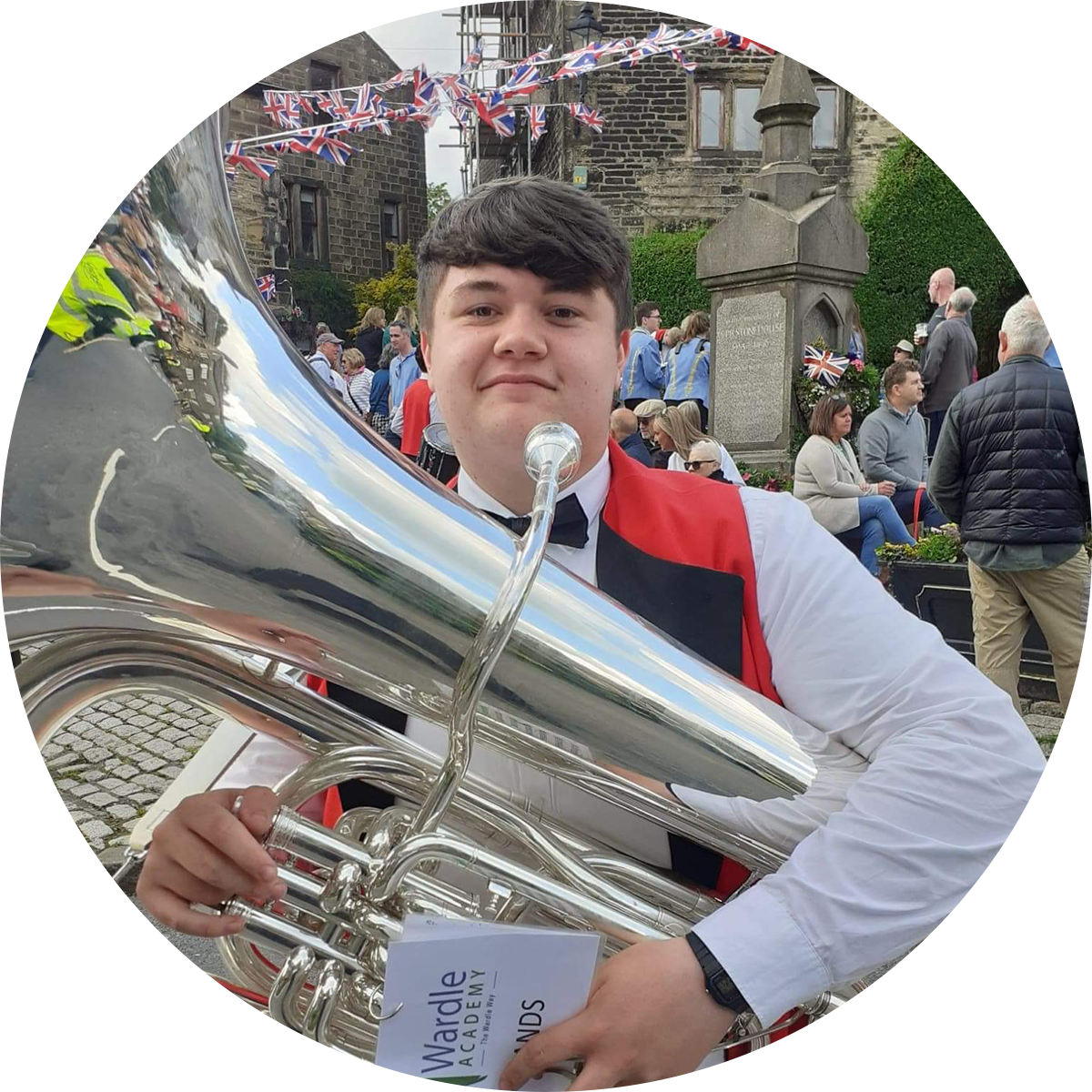 Nat is from Wolverhampton and first learned violin and viola in year 1 of primary school before he was encouraged to “try out” the Eb Tuba in Year 7 (age 12). Having played Tuba in several school and Wolverhampton music service ensembles and Royal Air force Air Cadets National Concert, Marching bands and string orchestra , he started studying under Les Neish at the Junior Royal Northern College of Music in 2021. Nat got into brass banding through the virtual 2020 brass band summer school being taught by les and joined the National Youth Brass Band of Great Britain for their 2021 Summer course as a chance to learn BBb and was appointed Principal BBb Tuba at the 2022 Easter course.  During that week, he won the bass section of the Katie Ogden Solo Competition.   He is also a regular player with the Wardle Andersson Brass Band and Yorkshire Youth Brass Band.  After A levels, Nat intends to study music performance at Conservatoire and then pursue a career as a musician in the military. Nat plays on the Mercer and Barker MB5 Cattanach mouthpiece on his BBb.