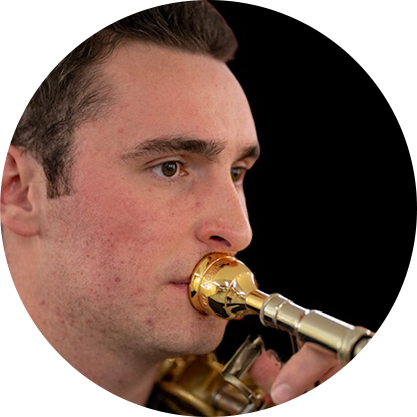 Lionel started his musical career as a 7-year-old boy at the “Cécilia d’Ardon” in Valais, Switzerland. In 2008 he changed to Bass Trombone and joined the B-Band of Brass Band Treize Etoiles.

Hi next step was to join  “Concordia de Vétroz” in 2011 and today, he plays the Bass-trombone in the A-Band of Brass Band Treize Etoiles. Together with the band, he won the Swiss Open Contest in 2012, 2014 and 2015 and Brass Band Treize Etolies became Swiss Champions in 2014,  As a soloist he has won several cantonal, national and even international competitions,. In 2016 he won the European competition for young soloists in Luxembourg, in 2018 he was crowned the European Trombone Champion and European Vice Champion in all categories.

Lionel is now one of the most sought after Bass Trombone soloists throughout Europe.