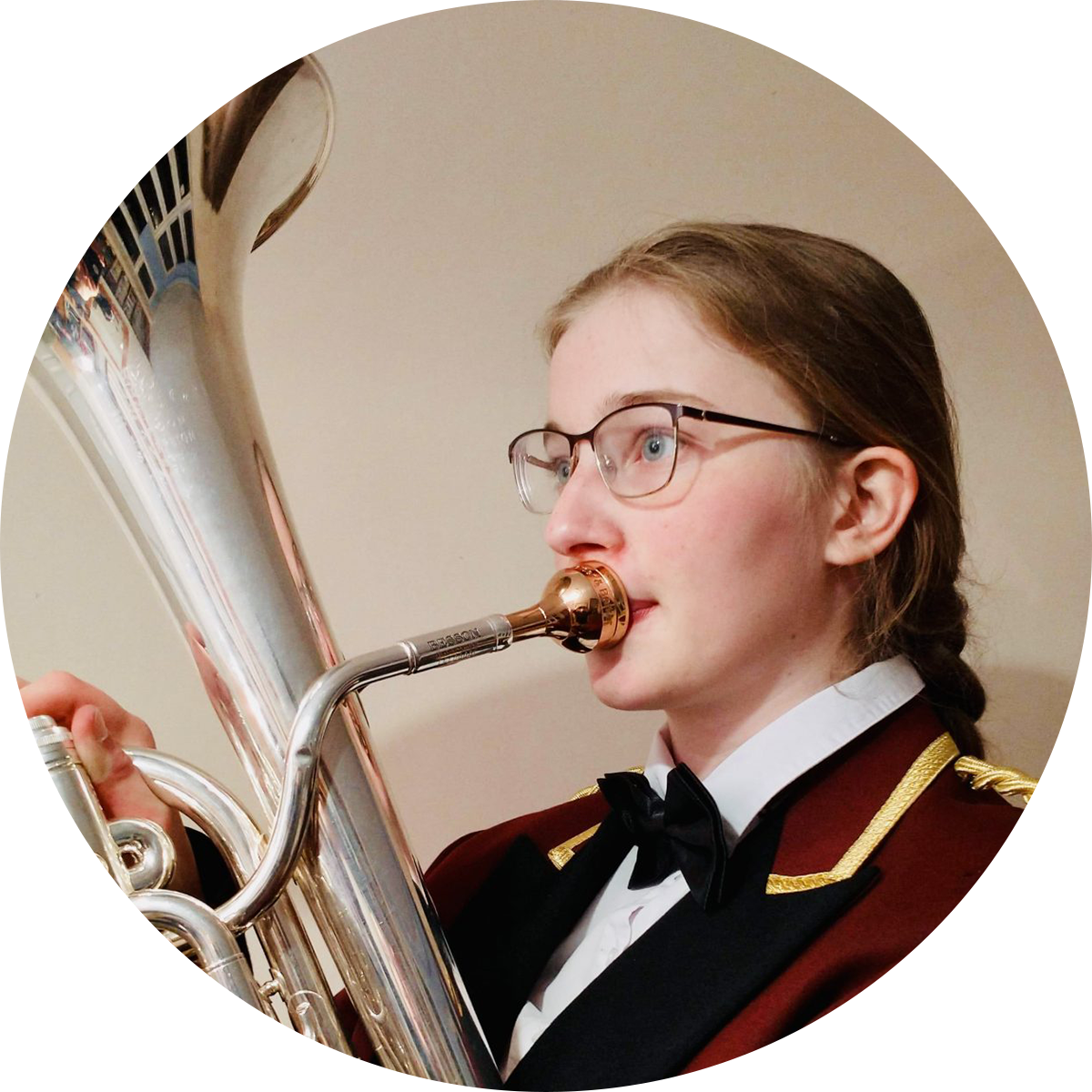 Imogen Fewster comes from York and is one of our “Young Ambassadors”, she  began playing baritone horn at the early age of 10 in the Shepherd Group Academy Brass Band, under the tutelage of Richard Wilton. She is currently the solo baritone at the Shepherd Group Brass Band, a position she has held since 2021, as well as solo baritone in the Shepherd Group Youth Band Imogen  has held the position of Principal Baritone at the National Youth Brass Band of Great Britain since 2021. In 2022, she won the Euphonium/Baritone section in the NYBB’s Katie Ogden Solo Competition. Imogen plays on a Mercer and Barker GW6-B Baritone mouthpiece.