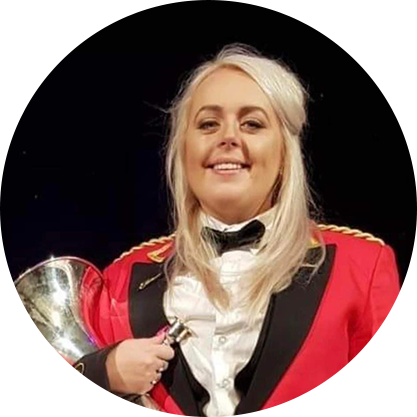 We are delighted to announce that Ashley Dixon, Solo Baritone at the world famous Fodens band has joined Mercer and Barker as our latest performing artist. Ashley’s mouthpiece of choice is our GW6-B.

Ashley was born in Wigan in 1993. She began playing the Baritone at the age of 8 years old when her Grandad brought one home on day. Ashley started her playing career in the Pemberton Old Wigan DW Youth Brass Band and progressed through the to B Band and Senior Band, qualifying with them for the National Finals in the Albert Hall for the first time in 102 years.

At the end of University Ashley moved to the Leyland Band on Principal Baritone before joining the Fodens Band in 2018. Ashley went on to The Manchester Metropolitan University in association with the Royal Northern College of Music to complete her PGCE Secondary with Specialist Instrumental Teaching. Ashley now is Curriculum Leader of Music and Expressive Arts in a Secondary school.